The St. John Bosco Braves defeated the Edison Chargers 9-1 in front of a raucous crowd at Honda Center on Tuesday night.  After giving up the first goal of the game, the Braves bounced back to score nine consecutive goals in route to their first ADHSHL Championship in school history.

With the game tied 1-1 late in the first period, St. John Bosco scored a short handed goal to take a commanding 2-1 lead.  From that point on the Braves dominated the action scoring three more goals in the second and adding four more in the third period.

St. John Bosco capped off a 13-1 season by taking home the Commissioner's Cup. 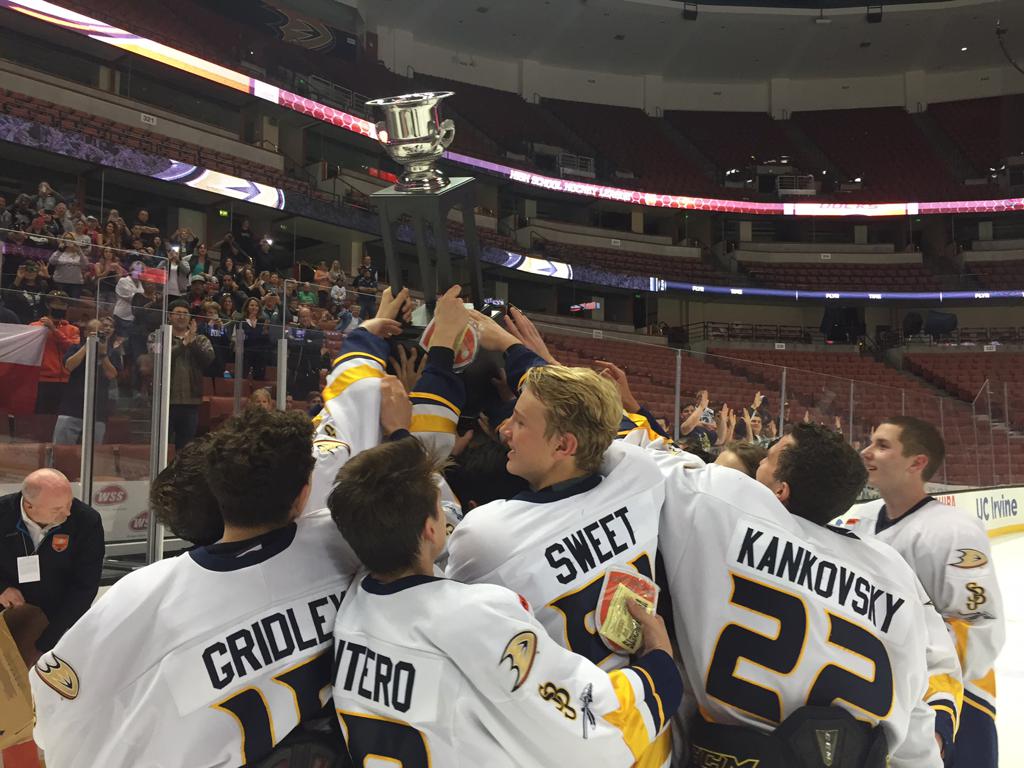 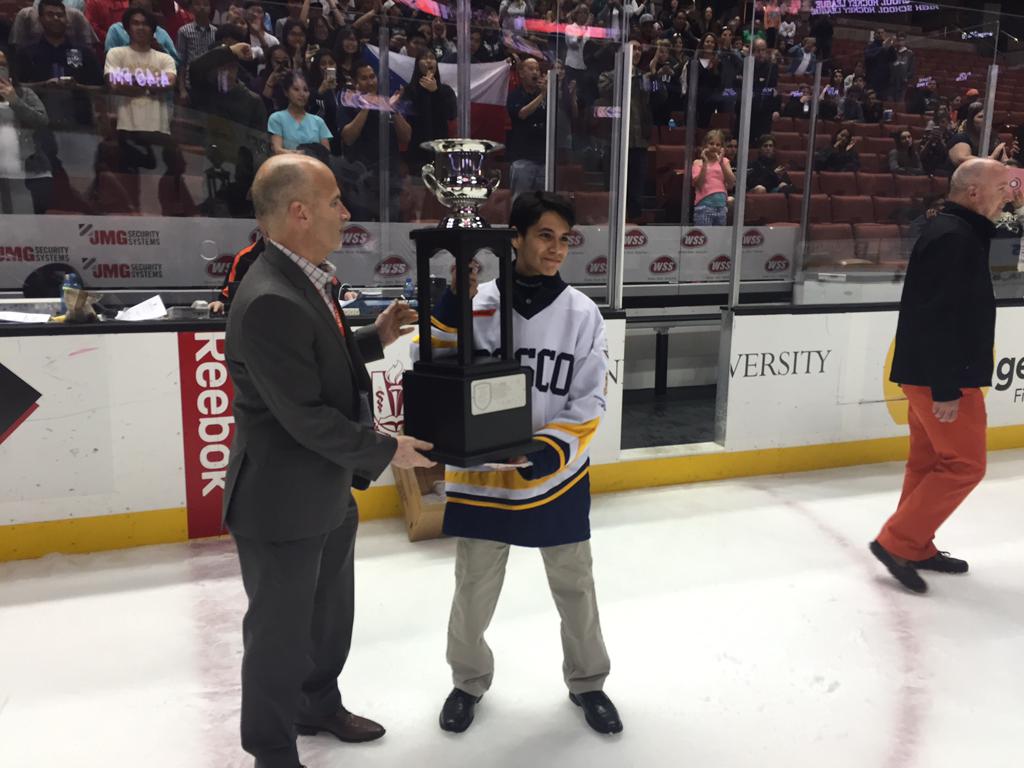 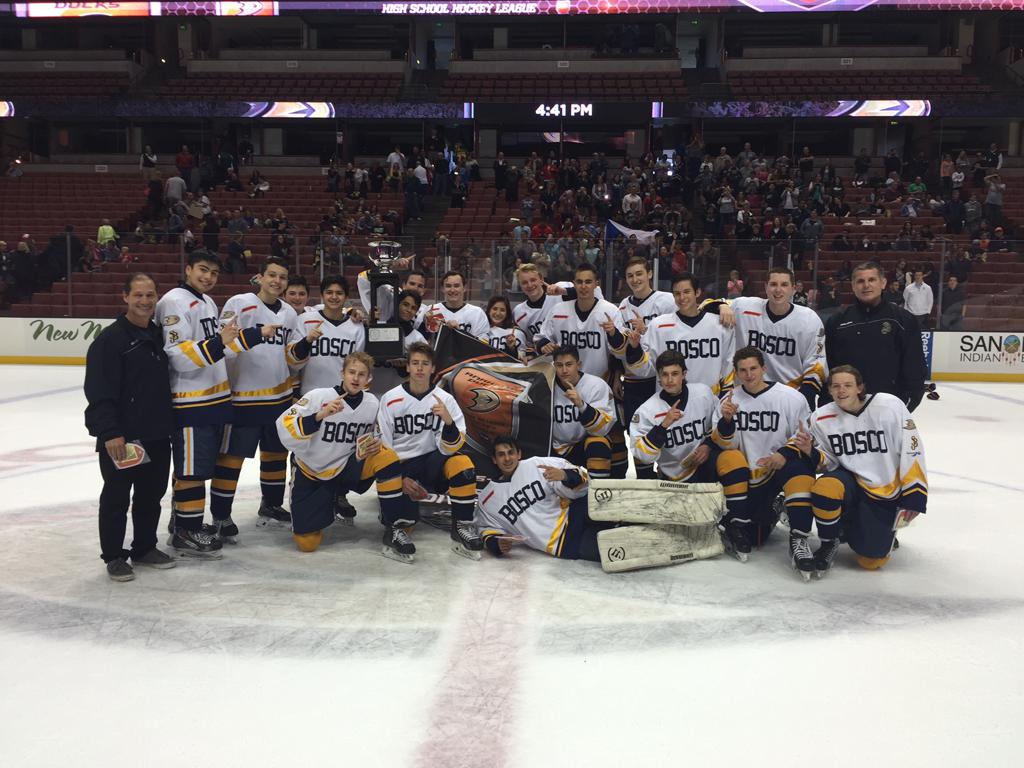 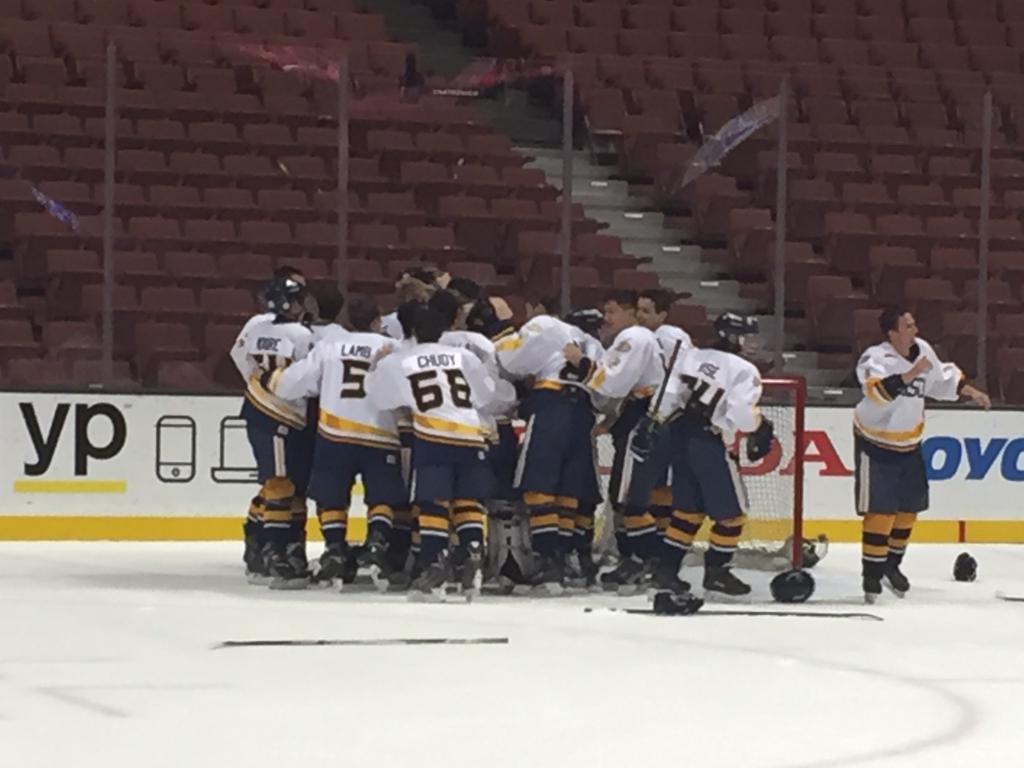